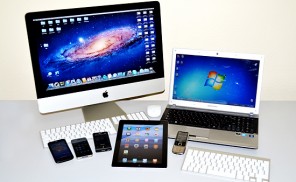 Scott Shaw, ThoughtWorks head of technology, claims that building a mobile applications is not as simple as just writing one and then throwing it up on Apple App Store. Besides the initial costs requiered for application development, enterprises may also have to invest more  in their back-end systems to support it.

According to Technology Radar report for October, more people are increasingly accessing data through mobile devices and apps developers must pay attention to this trend.

Scott Shaw said: “When companies start to build apps, primarily they think in terms of  developing web or desktop applications. But forward-thinking businesses start with an app that works great on a mobile device, and then they can enhance it for larger devices as necessary”.

He used  Realestate.com.au as an example. This company created its iPhone app, which had to access data from the company’s internal systems over the web. This eventually led to another project, which involved creating APIs for a variety of Realestate.com.au partners to access the core data to create even more apps as a method of syndication.